Esther Hicks and Abraham and the Law of Attraction

Who is Esther Hicks/Abraham and Why the Law of Attraction? 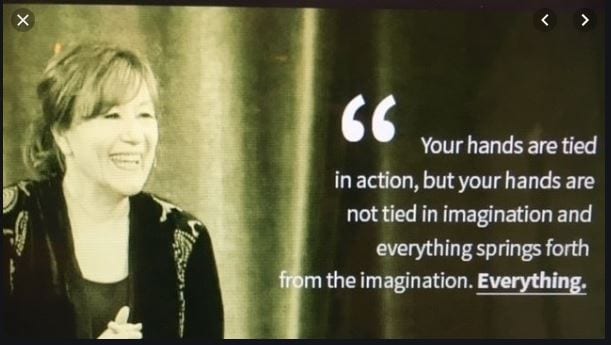 Since she "met" Abraham she has written books, made videos, and pre-COVID traveled all over the world giving on-the-spot advice to people who pay to come to see her talk. I went to one of her seminars in Connecticut. I have to say after experiencing it, that she's the real deal. She comes out on a little stage as Esther and chats to the audience for a few minutes. Then she says that she's going to bring in Abraham so she can answer any questions. She closes her eyes and when she opens them, she's now channeling Abraham and ready to answer any questions from the audience.

People raise their hands who have a question for Abraham and she looks out into the audience and picks someone to come up on stage and sit in the chair. They then ask whatever question they have. Usually it's something about something they want to attract that they haven't been able to. Once they ask their question, Esther answers it in detail. Every answer was spot on and all the answers are from a Law of Attraction point-of-view. I also liked that she seemed very down-to-earth. A few people tried to flatter her work and her response was very humbling. She didn't seem to have a big ego about what she does which is very impressive.

I had read a while ago in one of her books that before Abraham she was an ordinary person who never thought about channeling or doing any of the work she's done post-Abraham. She and her husband had a nice life and it only got better as time went on. Basically she started getting "messages" from entities and she had no idea what was going on. Eventually she was able to turn the blocks of information that she was getting into an explainable way. With time and practice she became very tuned in to these entities that call themselves Abraham. Her husband, Jerry, started asking her questions about "life" and she answered them in this new way. Obviously they realized this gift that she was given and the rest is history.

The Secret and Esther Hicks

They were also involved in the movie/book "The Secret." However, if you research it, you'll discover that they were eventually edited out of The Secret. This is because the marketing for The Secret became something different than what was explained to Esther and Jerry initially. It's kind of crazy though as the information that Esther shares is the best information I've ever heard about the Law of Attraction.

Here's a link to one of her videos if you want to check it out for yourself - just click here to watch and listen.

You can also check out her website by clicking here . One thing you may want to sign up for is the daily quote which is always very helpful.

If you're considering being coached by me, with 10+ years as a certified Law of Attraction life coach, please contact me through my website or email me at david@lifecoachdavid.com. Many people who have read books and watched videos about the Law of Attraction still need coaching to help them gain a deeper understanding of it and how to use it in their lives on a daily basis.